Mark Astor and the team at Drug & Alcohol Attorneys remain committed to the people of Florida and their families, during this very difficult time. Please know that we are open and will remain so 7 days a week to those in our communities who need our help.

Do you have a loved one who refuses to get treatment for addiction to drugs and alcohol? Perhaps you’re desperate to save his or her life that’s why you want to learn all you can about the Marchman Act. If you haven’t had the chance to talk to a Drug and Alcohol Attorney Boca Raton about this law, here’s what you need to know:

What Exactly is the Marchman Act?

The Marchman Act is a Florida State Law that is sometimes referred to as the “Hal S. Marchman Alcohol and Other Drug Services Act of 1993”. It seeks to provide ways and means of both involuntary and voluntary assessment, stabilization, and treatment of someone who has a problem with alcohol or drugs. This means that friends or family members are allowed to petition the court to commit a person to mandatory treatment for drug or alcohol addiction or other mental illness issues.

Why Was This Law Passed?

Everybody knows that you can’t force an individual who is legally an adult (18 years old and above), to get medical treatment for anything. However, when a particular adult suffers addiction to drugs and/or alcohol or mental illness, he becomes incapable of seeking help for himself. This causes them to become a threat to themselves and to the people around them. For this reason, the Marchman Act was passed so that even those who are over the age of 18 can be forced to get treatment if their state of mind is impaired by their addiction or their mental health issue.

How Does it Work?

To ensure that no person will be thrown into a facility against their will when it’s not necessary, several steps have to be taken. The petition must be filed by the person’s spouse or a relative. If the person isn’t married or has no relatives, a group of three people must file the petition. A court-approved package must be filled out to describe the person’s drug or alcohol addiction and their destructive behavior that’s a danger to himself and others.

Talk to a Drug and Alcohol Attorney Boca Raton!

If you were falsely charged with drug trafficking and put behind bars until lab test results are released, you’ll need an experienced Boca Raton Drug Defense Lawyer to speed up the process. Your chances of having the charges dropped are quite slim if a newly-trained lawyer or you would deal with these matters on your own. Here are some of the best reasons why you should get yourself an experienced Boca Raton Drug Defense Lawyer.

They are Better Negotiators

An experienced Boca Raton Drug Defense Lawyer has already established his reputation in the court. Therefore, you can be sure that his or her ability to negotiate with the judge on your case as well as with the prosecutors is more likely to be better than an inexperienced attorney. Furthermore, if you have a seasoned Boca Raton Drug Defense Lawyer to help you, he or she can win more motions in your behalf.

They have a Deeper Understanding of Your Case

The many years of practice that an experienced Boca Raton Drug Defense Lawyer has caused him or her to possess the knowledge to grasp the different facets of your case. This is extremely important since his ability to fight the charges depends on how much he understands the case he’s handling.

They Know What to do at the Right Moment

Experienced drug defense lawyers have come across numerous cases that are similar to yours. This means that they can help you meet certain timelines and deadlines with ease and review all of the evidence that the prosecution has since they’re familiar with the rules and how to implement them at the right moment of your case.

They Can Help You Understand Your Case

At times you may think that attorneys speak a whole different language. Know that even if you’re innocent, you could still lose your case if you fail to give the correct response as needed. To better understand your case and how everything works in the court, you’ll need to have someone who can translate complex legalese into layman’s terms for you. This is something an experienced Boca Raton Drug Defense Lawyer is good at. 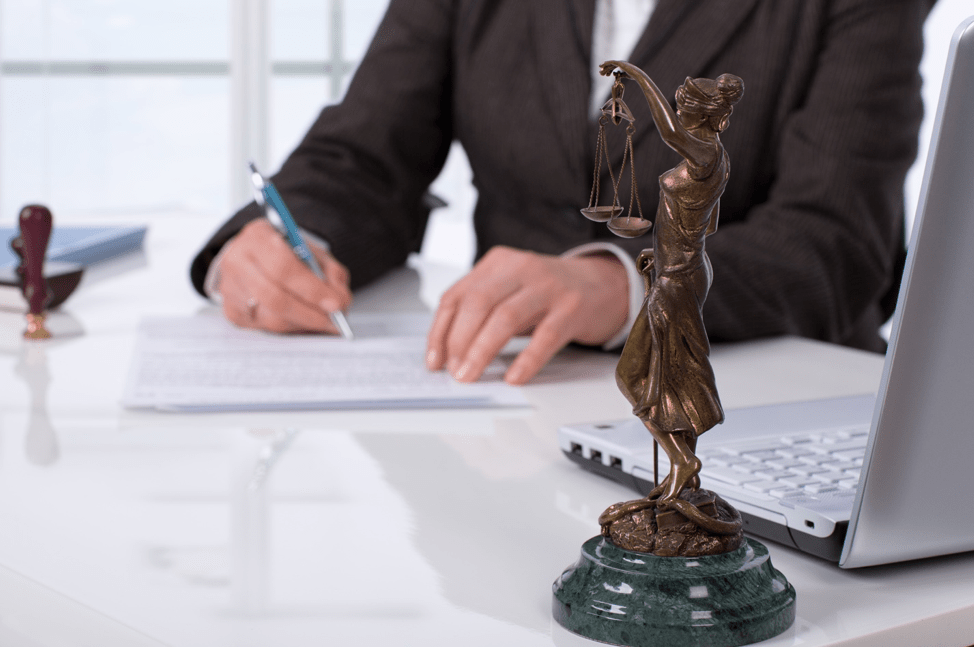 You need the support of an experienced Boca Raton Drug Defense Lawyer. Contact Drug and Alcohol Attorneys today to get the help you need.

Every Defense Lawyer Near Me upholds the constitutional right of all sorts of criminals ranging from drug dealers to mass murderers, to a fair trial no matter how heinous the crime. He stands by his clients who are accused of everything from minor to major offenses and mounts the most effective defense on their behalf. His skills and attributes enable him to fill that role. Check out the top four skills of a good Defense Lawyer.

The ability to quickly and effectively understand the client’s needs to prepare effective legal strategies will not be made possible without the defense attorney’s ability to conduct research. His research work includes combing through the details of his client’s alleged crime, the circumstances that the police may have overlooked, and other cases with a bearing on his. He has to comprehend and absorb these large amounts of information before he distills them down into something useful.

When legal cases are settled out of court, a good Defense Lawyer Near Me must know how to make the best possible deal for his client when agreements are being negotiated with prosecutors and taken to the judge for approval.

These skills are necessary when choosing the most suitable precedent or conclusion that’s applicable to resolving a particular case. Therefore, a good Defense Lawyer must be able to make quick judgments while making arguments to the jury.

Having outstanding communication skills in and out of the courtroom is very important. Great lawyers are good listeners and excellent speakers with writing skills that are of the highest caliber. 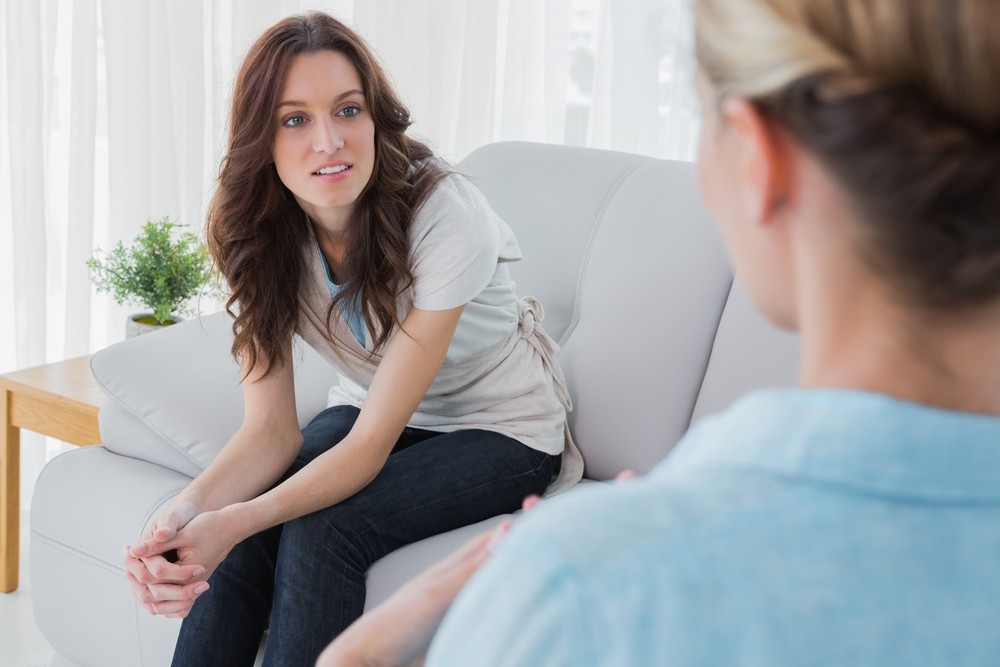 Looking for a Defense Lawyer Near Me?

It’s the responsibility of the Defense Lawyer Near Me to enforce the rights of even the worst kinds of people. If you’re looking for exemplary legal services, you don’t have to look further than Drug and Alcohol Attorneys. Schedule a consultation today.

There are special drug courts, but it depends on the charge. Drug courts are more for people who are in possession or in need of services. If the charges are trafficking or drug sale type charges, it is extremely unlikely it will go to a drug court for resolution.

Will I be charged to speak to an attorney about my Florida drunk driving case?

No. At Drug and Alcohol Attorneys, we always offer a free consultation, so you’ll have the ability to speak with an attorney in person normally for about an hour to discuss what your options are, what are the potential strengths and weaknesses of your case, what possible sentences or sanctions you might face. If you call us, we will give you a free consultation.

Well, number one would probably be the odor of alcohol on your breath. If an officer smells alcohol on your breath, he or she is certainly going to be concerned about the fact that you’re driving under the influence. Other things they typically look for are slurred speech, a flushed face, glossy and red and watery eyes. If you’re asked to step out of the car, are you unsteady on your feet? If you’re asked to produce a driver’s license and insurance, are you fumbling around in your wallet? They’re looking for physical characteristics, but number one is going to be if they smell alcohol on your breath, and if they ask you if you’ve had something to drink and you tell them, “I’ve had a few drinks, or I’ve had one or two drinks or multiple drinks,” I would tell you there’s probably significant change you’re going to get arrested for DUI.

What is an ignition interlock device?

What if the search and seizure is not legal?

If the search and seizure is not legal, a lawyer that’s skilled in the Fourth Amendment is going to have an opportunity to go in front of a judge and ask that judge to exclude all the evidence, so the Fourth Amendment basically protects us against unreasonable searches and seizures. What it mandates is that law enforcement has to basically comply with certain rules and regulations when they’re going to seize evidence from somebody that’s either a suspect or someone that ultimately has been arrested. If it turns out that they have violated your Fourth Amendment Right, your protection against unreasonable search and seizure, you can go into court, ask a judge to exclude all the evidence that was seized and if there’s no evidence, well, then there’s no case. Ultimately, it can mean that the charges get dropped.

Florida has made possession of a certain amount of opioids automatic trafficking charge. This means that, based on the amount you’re in possession of, the government has a right to argue to a jury that you would have to have been having possession for the purposes of trafficking only and not for personal consumption.

What should I do if I am asked to take a field sobriety test in Florida?

If you refuse a breath test in Florida, your license is going to get suspended. What you need to understand is that in Florida, if you get arrested for DUI, that arrest, that criminal case, the criminal prosecution, is separate and apart from an administrative suspension of your driving privilege. So in Florida, when you get arrested for DUI, if you are asked to take a breath test and you refuse, if the breath test is pursuant to a lawful arrest, the police officer has the authority to act as an agent for the Department of Highway Safety and Motor Vehicles and he or she can and will suspend your driving privilege in Florida for a year if it’s a first refusal or 18 months if there’s been some type of prior refusal, and that is separate and apart from the criminal prosecution that arises as a result of a DUI arrest.